You Can Expunge the World, but Not Dignity 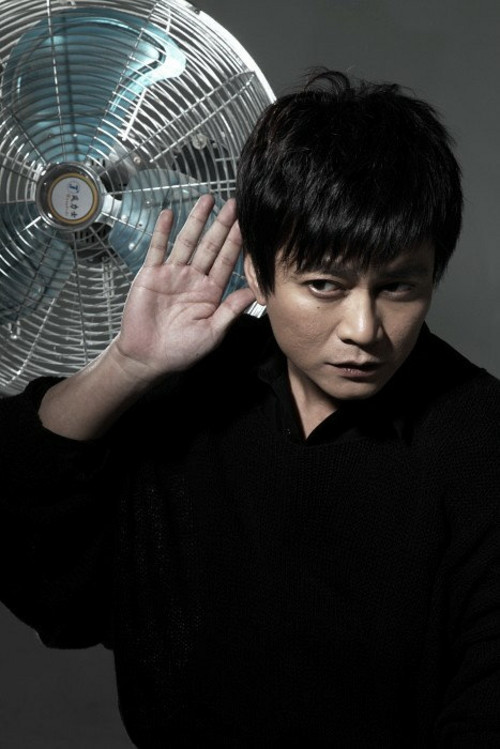 Li Chengpeng is perhaps one of the China’s most popular bloggers and the author of several books. He is a former sports journalist and was dubbed the “Lu Xun of soccer reporting.” This essay, a commentary on the Party censors’ watering down a Southern Weekly editorial calling for constitutionalism,was originally posted on his Sina microblog, http://blog.sina.com.cn/lichengpeng, but was deleted three times by censors. On January 13, 2013, at a book signing in Beijing, Li was assaulted by attackers, one of whom slapped him, and another threw a cleaver at him. See: http://ent.163.com/13/0114/07/8L5O20RL00031H2L.html.

Video of the January 13, 2013, book-signing in Beijing when an attendee threw a cleaver at Li. Originally posted on Tudou.com.

Video of the January 12, 2013, book-signing in Chengdu. Li has been ordered not to speak at his book-signings. He wears a black mask to symbolize being gagged. Originally posted on Tudou.com. The soundtrack is a 1993 Hong Kong popular song about ideals and freedom, titled, “Broad Ocean, Vast Sky” (海阔天空).

I believe: speaking is an instinct. Flowers bloom, birds sing happily, rain stops, and the honeybees come buzzing. A baby cries when it’s hungry. But in a strange era, these natural instincts are being expunged. Six hundred million people are hungry, but they can’t say, and when they do, it’s a betrayal of their country.

Still more, I believe: speaking is a kind of dignity. It is the dignity of memory, having the courage to record the truth of history on bamboo slips. It is the dignity of emotion, being able to loudly read the long list of names of the departed. It is the dignity of the intellect, knowing that one mu [of land] cannot yield 20,000 catty,1 that a horse cannot grow antlers on its head, that a sika deer’s body is covered in spots.

But at some point, I do not know when, this dignity was expunged from us. Facing this real world, we have to edit the databases in our heads at any given moment—okay, horses have horns on their heads, have horns. The hand that has become too skilled from being spoiled rotten now wants us to believe that it was 2,000 years ago that Yu the Great controlled the floodwaters of China’s rivers.2 The disastrous consequence is not that it forces people to doubt the size of a door for dogs, because a larger dog door is still a dog door; rather, it gives people a great sense of unease. It makes people wonder whether spring is usually preceded by a bad winter or whether a bad winter means that there will never be another spring.

But the word is only “constitutionalism.” For a long time, such a civilized word as “constitutionalism” has produced a physiological reaction in some people. When they see this word, they immediately connect it with rebellion, incitement, subversion, national destruction; they tremble all over, they look apprehensive, and they crackdown on everything. Yet this word represents the very dream that the founders of our country—Mao Zedong, Zhou Enlai—were chasing after, and it is written in the most eye-catching place in our Constitution. So just what are you afraid of? Indeed, to what extent do you really believe that constitutionalism will bring all sorts of trouble to the Republic? Could it be that only you can say this glorious word, and that the people cannot? Could it be that if the people talk about constitutionalism, it will spell the end of China?

The dignity of a regime comes not from the power to prohibit, but from the strength to permit.

It is said that China does not have press censorship, only manufactured news. So during the time when [Southern Weekly’s] New Year greeting was modified, when people died and were injured on the Shanxi railway,3 when a river was severely polluted for five days,4 not only did the public not know about these events, but even the officials in charge also said they did not know—this really is a sad joke. Perhaps they truly did not know. They had designed a big cage in which to lock up the world, yet in the end, they have locked themselves up in that cage, cut off from the rest of the world. The whole world knows this, and they look ridiculous.

What I really want to say is this. China, could you be a little more civilized? The world is so close to us. I don’t want to talk –isms or ideologies. I just want to talk about being civilized. Being civilized is this: Even when we have different beliefs, we can still share information equitably. When we disagree, we can sit down and discuss things. When we are unable to satisfy everyone, we can use a thing called “compromise,” so that matters won’t get worse, thus allowing the whole society to maintain a minimum level of dignity. Being civilized is not this: Crudely obstructing information, refusing to communicate, not opting for discussion when things reach an impasse, and instead changing or deleting information or even sending people to Reeducation-Through-Labor.

The world is out there, but you always choose to not face it but expunge it. The problem is that you can expunge the world, but not dignity.

This is because dignity is what an individual needs, and it is indispensable for a country. It’s hard to imagine that a group of people who don’t care about their own dignity would care about the dignity of the state, and a people without dignity could have built a formidable country. A group of pigs would never protect the sty. It’s that simple.

Right now, a large number of dignified people have gathered before No. 289, Middle Guangzhou Avenue [the headquarters of Nanfang Media Group]. They hold bouquets, raise signs, and share their views on what is happening. You absolutely must not think that they are rebellious or seditious. You must believe that they are the resource that ensures that this country will have a future. It is because they love China that they critique it. If they have the ability to make criticisms; you should be able to take them. You know, this regime is gaining some unexpected dignity in abolishing the Reeducation-Through-Labor system5—even if it is not something that the regime wants to do. You should also know that “freedom of speech,” “judicial independence,” and “constitutionalism” are not curses against a regime but good wishes for it.

Moreover, you have no other way out but to keep pace with the rest of the civilized world. God made the world not for humanity to live without purpose but so that dignity would have a home.

2. The story dates back 4,000 years; but was erroneously cited in the Propaganda Department-edited version of the Southern Weekly editorial as having occurred 2,000 years ago.^

5. Meng Jiangzhu, Secretary of the CPC’s Political and Legislative Committee, reportedly said on January 7, 2013, that the Reeducation-Through-Labor system—long a tool for the authorities to detain petitioners without going through the judicial process—would be suspended. State media subsequently announced that that report was in error, that RTL would be “reformed,” rather than suspended. See http://cn.nytimes.com/article/china/2013/01/11/cc11wangqiang/ and http://news.ifeng.com/mainland/special/laojiaozhidu/content-3/detail_2013_01/14/21166689_0.shtml.^