Huang Qi’s Statement from Detention Center: I Will Never Change My Lawyers

On October 8, 2018, lawyer Li Jinglin(李静林) visited his client, Sichuan activist Huang Qi(黄琦), who is detained at the Mianyang Detention Center. Huang issues a statement through his lawyer maintaining that he was framed and accused of the so-called crime of illegally providing state secrets abroad because he exposed the authorities’ criminal plan to crack down on him and the volunteers of the 64tianwang.com website. Huang states that he will never change his two lawyers Li Jinglin and Liu Zhengqing, and will not appear in court without their presence.

Detained since November 2016, Huang Qi was indicted in January. But the authorities have not yet brought him to trial. 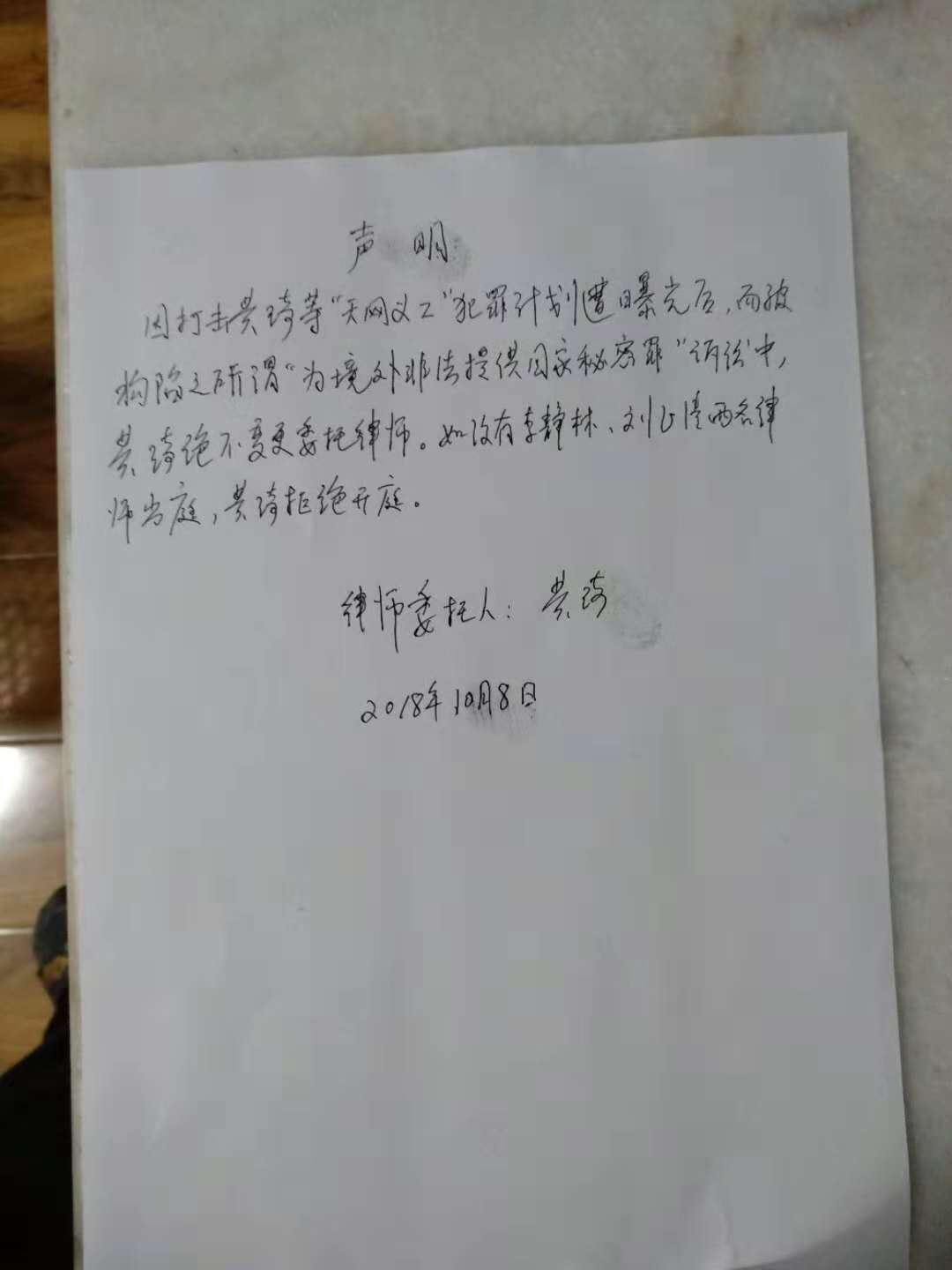