Pu Zhiqiang (浦志強) was detained on May 6, 2014 on suspicion of “picking quarrels and provoking troubles” (寻衅滋事) by the Haidian branch of the Beijing Public Security Bureau. He was taken from his home at 4 a.m. on May 5. Later that day, the Public Security officials confiscated files, books, and computers during a raid on his home.

Pu and several other activists have been detained following their attendance of a "2014 June Fourth Seminar” in Beijing. Pu is a prominent human rights lawyer and has been involved in several high profile cases, including those of Tan Zuoren (谭作人), the 2008 Sichuan earthquake activist, and of asset transparency advocates Liu Ping (刘萍), Wei Zhongping (魏忠平), and Li Sihua (李思华). 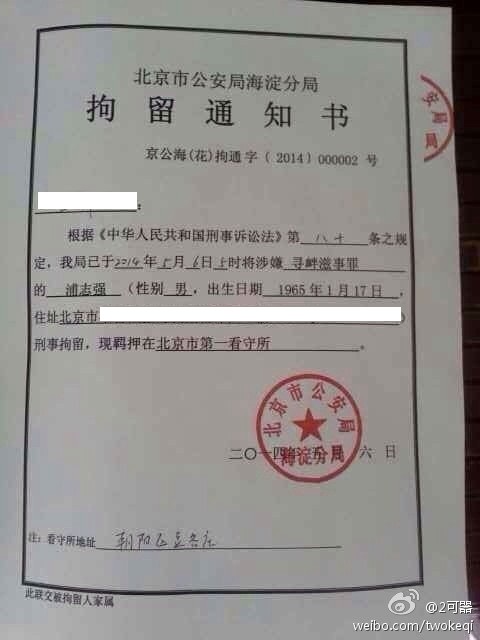