On July 23, 2014, China News Service in New York reported that the data released that day by the world famous risk assessment company, Maplecroft, showed that the number of civilian deaths worldwide attributed to acts of terrorism was rising steeply. Over the preceding year, more than 1.8 million people worldwide died from acts of terrorism. The report indicated that terrorist attacks within China were on the rise, and China ranked 32 among 197 countries and regions, making it a “medium risk” country. The targets for many of these attacks were transportation hubs. The report said that there were 76 deaths in China in the preceding months in 2014, from acts of terrorism, compared to 16 during the first six months of 2013.

This report showed that terrorism in China has already drawn international concern.

Based on official documents, talks, and reports by the Communist Party of China, I deduced the following six points:

In the following, I will expand on these six characteristics separately.

1. The claim that terrorist activities in China “target chiefly government agencies and the military” comes from the Chinese government’s most authoritative official document, the Blue Book of National Security.

I have seen two pictures on the Internet that show several heavily armed military policemen in Urumqi standing guard inside a metal cage. In addition, a Hong Kong reporter said that he once saw armed police patrol teams in Xinjiang. In one of the teams, a large mirror hung on the back of the second to last armed policeman, so that the last policeman would be able to see activities taking place behind him. I think these tell us that the police are at least frequent targets of attack.

Also, one can see from known incidents that the targets of so-called attacks on government agencies were in reality local police substations or public security bureaus. Ordinarily, if the attacker has clear political demands, the attack on government agencies should focus on the Party Committee and government, which are the main symbols of power, not to mention that the defensive capability of a Party Committee and government is comparatively low, and therefore easier to attack. However, the attacker instead targets primarily the police substation or the public security bureau. This point cannot be ignored.

The Blue Book of National Security was published on May 6, 2014, and the text was, of course, finalized earlier. Since the incident on March 1, 2014, at Kunming Railway Station, violence directed towards civilians has markedly increased. This change should raise concerns. Considering that the change is taking place against the background of the authorities’ forceful escalation of counterterrorism efforts, one can’t help but feel the irony and eeriness of the fact.

2. The Blue Book of National Security claims that one big characteristic of terrorism in China is “the use of cold weapons and other crude tools to commit the crime.”

China’s counterterrorism experts say that hatchets and gasoline are the weapons of choice for a terrorist [attacking inside China]. For some terrorist activities, attackers use some kind of explosive devices. What kind of explosive device? According to official reports, in the terrorist attack that occurred in the morning market at the Urumqi Cultural Palace [on May 22, 2014], it was gas canisters that set off the car explosions. According to a New York Times report, attackers threw explosive objects that “resembled paint cans,” from within the cars.

It seems that Xinjiang terrorists are the world’s most poverty-stricken terrorists. So, why don’t they use more powerful instruments? The reason is very simple: government control is so tight that they simply cannot obtain tools with greater destructive power. Covertly manufacturing explosives at home is also very difficult, as police and social workers can freely enter one’s home to conduct a search and confiscate any suspicious materials upon discovery. Even possessing several knives can be unacceptable. Only hatchets, gasoline, gas canisters, paint cans, and similar everyday necessities are unlikely to be confiscated, and for this reason they are likely to be used as attack weapons.

Several recent news items have made very clear the extent to which the authorities have gone to prevent terrorists from obtaining tools for attacks. The first item reported that on April 1, 2014, the Urumqi government issued an order strictly prohibiting illegal purchase of gas canisters. Another covered the destruction on July 8 by Xinjiang’s Fukang police of more than 20,000 boxes of matches—in order to prevent their use by terrorists. Yet another reported that after acts of arson on public buses in Hangzhou, Changsha, and Guangzhou in July, which resulted in many casualties, the authorities in Urumqi gave an order on July 27 prohibiting passengers of public transportation from carrying liquids, cigarette lighters, and unidentified powder on buses.

Though arson incidents occurred on buses in Hangzhou, Changsha, and Guangzhou, it was the government of Urumqi, where there had been no such arson incidents, which gave the order to prohibit passengers from carrying liquids and unknown powders on buses. The strict prohibition on the illegal purchase of gas canisters and the destruction of matches has also been limited to Xinjiang.

3. There is no direct contact between localized and foreign-based terrorist organizations.

Despite the fact that every time there is a terrorist attack, the government always claims that it involves collusion with foreign terrorist organizations, there is no follow up on the assertion, and no reliable evidence provided. Clearly, it is only official speak, and not to be accepted as facts. The Blue Book of National Security is more cautiously worded and only says that there is deep international background behind some terrorist incidents. Today, China is no longer closed off, and has also kept up with the globalization of information. So, it is not difficult for people within China’s borders to get access to outside information, and it is very possible for them to be influenced by it. But this is not the same as collusion with a “hostile foreign power,” or, particularly, with “foreign terrorist organizations.”

The Global Times quoted experts acknowledging that Xinjiang’s terrorist groups were scattered throughout Xinjiang, and that, in fact the “East Turkestan Islamic Movement,” which the authorities accused as the planners of terrorist activities inside Xinjiang, in fact, do not have any direct contact with the scattered Xinjiang terrorist elements, and its influence on them was limited to only thinking and ideology.

The Global Times also quoted experts saying that terrorist attackers in Xinjiang may have come across some religious and ethnic extremism publications, as well as videos released by the “East Turkestan Islamic Movement,” but that there is no direct contact between the two sides, and at the same time, there really is no superior or subordinate operating relationship between them. There’s even a great question about whether or not the “East Turkestan Islamic Movement” in fact acts as one organization and where is based. As Li Wei, director of the Counterterrorism Research Center at the China Institute of Contemporary International Relations stated, although it is generally believed that the “East Turkestan Islamic Movement” is in southern Asia, in reality, it has no fixed location, and is not at all a structured organization.

4. [Attackers are] not organized—namely, there are no structured terrorist organizations.

Another feature of terrorist activities in Xinjiang is their non-organized nature. This refers to the fact that terrorist elements have not formed terrorist organizations, and that they are lone individuals, or that they relate to one another as families, clans, or friends. There were eight perpetrators responsible for the incident at Kunming Railway Station, but according to official media reports, their attacks had a kind of ad hoc-ness. That is to say, they did not come together in order to plot one terrorist attack. You can call them gang members, but you cannot say they were a terrorist organization.

The previously mentioned English edition of the Global Times also acknowledged that most of the terrorists within Xinjiang are dispersed in different location, not operating as a terrorist organization with a leadership, and with an unstructured form or a tight, central and top-down command structure.

5. In most cases, the number of attackers killed on the spot exceeds that of the attacked.

Whenever there is a terrorist attack, unless there is an accidental miscalculation, the number of deaths among the attacking party is always significantly less than that among the targeted group (not taking into account those sentenced to death or beaten after the event). Typically, the attacker and target death ratio of a suicide attack is 1:10. That is, one suicide bomb can cause ten deaths. Death ratio of the 9/11 attack in the United States was 1:168 (19 terrorists caused 3201 deaths). Although Chechnya’s Black Widows were women, their killing power was great, averaging 1:20.

Yet the on-the-scene death ratio resulting from terrorism with Chinese characteristics is much lower. Apart from the Kunming Railway Station incident, with an approximately 1:7 ratio, and the incident at Urumqi Palace of Culture’s morning market, with a 1:8 ratio, in the majority of incidents, the death toll of the attackers surpasses that of the targeted. For example, in the July 18, 2011 incident in Hoten, Xinjiang, 14 attackers were shot on the scene, while four police and civilians died.

Based on all this, are Xinjiang’s terrorists really the clumsiest and most inept terrorists in the world? One cannot help but wonder: Are they really terrorists? Are these incidents really “organized and premeditated terrorist attacks”?

6. The perpetrators are always Uyghurs.

We take note that in terrorist attacks identified by the Chinese government, the attackers were always Uyghurs. Or, one can say, only violent incidents caused by Uyghur people will be considered by the authorities a terrorist attacks.

The same goes for attacks on police (including urban administrative personnel): they are treated differently if they occur in Han areas, and if the persons involved are Han. Consider Yang Jia, who killed six policemen in 2008. He was and is still viewed by people as a warrior. Although the authorities condemned him to death, they did not consider him a terrorist, or categorize what he did as a terrorist attack.

Similarly, incidents or violent attacks occurring in crowded public places in Han areas directed against civilians (even women and children), including shooting, infanticide, and arson in public transportation—as long as the perpetrators are Hans or of other ethnic minorities but Uyghur, the incidents would not be categorized by the authorities as acts of terrorism. One striking example: the June 7, 2013 incident of arson on a public bus that led to 47 deaths, a death toll surpassing that of the March 1, 2014 Kunming Railway Station Incident and the May 22, 2014 Urumqi Cultural Palace’s morning market Incident, and the July 28, 2014 Sache Incident.

Central Party School professor Jin Wei recently pointed out in an article that among the “acts of terrorism” occurring in Xinjiang, many were not premeditated, but accidental, with no clear-cut political demand, in which an individual pursued a violent confrontation and unburdening because of financial or social factors. The context of this violent confrontation could be demolition, land requisition, or salaries being withheld, etc., occurrences that have become increasingly common.

I have deduced the six major characteristics described above from official Chinese documents. Here, I do not intend to carry out an in-depth moral judgment of these characteristics. I only view them as facts, and lay them out as a phenomenon, and let the readers make their own value judgment. I believe that everyone, once they realize that terrorism in China with special characteristics possesses the above six special characteristics, cannot help but ask: in China, of those incidents that are categorized by the authorities as terrorist attacks, how many are really acts of terrorism? Why do these kinds of violent incidents still take place in a situation of intense suppression? To what extent is terrorism the cause of these incidents of violence and bloodshed? To what extent is state terrorism the cause? 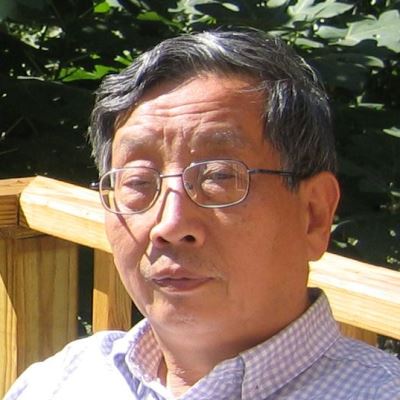 Hu Ping (胡平) is the New York-based editor of the Chinese-language monthly Beijing Spring, and is a member of the board of directors of Human Rights in China.