In 1978, 35 years ago, as China began to thaw from the dark ice age of Mao’s totalitarian rule, groups of young people from the bottom rungs and cracks of a closed society came out one after another to gather together. On the “Democracy Walls” in Beijing, Shanghai, and other cities, were not only appeals for democracy, human rights, and freedom, but there also emerged distinctive voices in literature and poetry that affirmed the value of the individual and in pursuit of aesthetic innovations. Among the people, crude mimeographed publications appeared quickly one after another. They were passed around, excerpted and copied, read, and recited in the gloom that was gradually brightening, like the flicker of low fires and the flow of lava.

As a literary youth who had just started trying to write modern poetry, I also entered society as well as the literary field at this kind of historic moment. In October that year, I started college at the Shanghai Institute of Mechanical Engineering as a freshman. Four years before that, in spring 1974, I had started junior high school in Baoshan County, a northern suburb of Shanghai. Two and a half years later, in 1976, a series of dramatic changes happened in China: the Tangshan earthquake, the death of Mao, the arrest of the Gang of Four, and the end of the Cultural Revolution.

The key factor that led to my exploration and discovery of the values in life was the four years of independent life at the university. The most important part was the extensive independent reading without interference that I did outside my curriculum. This kind of environment enabled me to gain a totally new perspective and see the possibility of “self-development.” That was a period when the movement to“refute Mao (Zedong）” was supported by people both inside and outside the system and still flourishing. At the same time, the ban on a great number of Chinese and foreign language books during the Cultural Revolution began to be lifted, and new publications also started introducing Western contemporary thought, philosophy, and literature that had been sidelined after the Communist Party of China took power in 1949. Works of Chinese and foreign classic literature and of the humanities and social sciences too were made available again. You can say that my outlook on life and the choice of my personal path were shaped in that period. Of course, my birth and trajectory as a poet were basically in step with those of China's social transformation.

It must be emphasized that aside from the social factors listed above, all of what happened with me chiefly came from my personal reading and the “surreal” powerful force constituted from writing and written texts. I clearly remember that when I read the book of On Romain Rolland by Luo Dagang in 1979, I was touched most deeply by a maxim of Rolland’s that he wrote in his youth: “death is preferable to not writing.” The hardships he experienced in his growth as a writer also seemed to have inspired me. What I cared about most was the internal process of self-growth and self-realization of this kind of liberal writer. I was not the least bit interested in, and even resented, Luo’s commentary written in the cliché “eight-part essay” form.

Since most of the Chinese publications in those days still had not completely extricated themselves from the bondage of Mao’s thinking on art, these articles were totally wooden. I remember that the subtitle of Luo’s book was actually “On Bourgeois Humanism’s Bankruptcy." But thanks to Luo, his book provided a wealth of information on the spirit of the European and Parisian literary set and literary life in the late 19th and early to mid-20th centuries, and let me see the remarkably independent and new literary world that had already existed in human spiritual life and that ran counter to Mao’s politics-led, boring aesthetics. Therefore, in my reading in those days, it was necessary to often examine, question, approach with reservation, and be selective—even though the space for choice was very limited.

It was during this period when I began my independent observation and assessment of the world that two of my classmates from elementary and middle school and I formed a small, no-name literary group. For a very long time, we maintained frequent contact through letters and in-person meetings, and sometimes we even talked through the night, usually to exchange ideas and progress on writing, reading, and thinking.

The literary works we three created were also frequently exchanged in the same atmosphere. Even though this was a tense moment when the Chinese authorities prohibited self-organized groups and publications (namely, the groups and magazines circulated in society during the Democracy Wall movement, focused on politics and current affairs, with a small portion of literature), we had the idea of creating our own publication. Perhaps it was because we were 18, 19 year-olds and basically not at the center of the officially banned and purged "political opposition movement," we could observe, reflect, and explore independently without actually worrying too much. Despite knowing that there was a risk, we believed firmly that this—starting a publication—was about spiritual freedom and the need to express, and that it had nothing to do with politics. So we decided to go ahead quietly.

The magazine was called “MN,” named by me, with “mourner” being the concealed meaning. The inaugural issue bore the title of “Image Crisis” in Chinese characters on the cover. Indeed, our works and what we were doing represented the “image crisis” of China at that time, before and following the simultaneous collapse and reconstruction of the social value system and recognition of one’s own values. It also embodied our role in recognizing, betraying, and burying the initial “identity crisis” syndrome in that era. In another words, at that moment, I made my life choice to be a poet and a writer.

In the third issue of “MN,” published underground during 1982 to 1983, I dedicated a poem of mine to Jean-Paul Sartre, Herbert Marcuse, and Che Guevara. It seemed to me as a youth that if Guevara was a hero and a king of action, Marcuse and Sartre had influenced my left-wing attitude at the time on culture and politics at the theoretical and ideological levels. After Sartre's death in April 1980, People's Daily in Beijing published a postage-stamp size news item. Having read the news at the newspaper board of the Shanghai Institute of Mechanical Engineering, I wrote a sentence in my diary that evening: "The teacher of ambiguity is dead." In the late 1970s and early 1980s, I was only able to discover these sources of thought and motivation that made me happy and excited from a few scraps of information through translated introductions. At that time, the impact of Marcuse made me not only take a harshly critical and negative stance against totalitarian communism, but also highly vigilant and skeptical of developed capitalism. I think it was these influences, chiefly that of the humanities, that made me, a novice in literary pursuits who was focused on formal experiments and language games, to also show active concern for the society, the suffering public, as well as the prerequisites of human nature and the plight of humanity. That’s why I often joke about being in “the left-wing of the right faction, and the right-wing of the left faction”—a position that is deeply connected to this spiritual background.

Ever since young adulthood, we have been through a long journey to strive for freedom of thought, of expression, and to create. Due to the massive defeat of the totalitarian movement in the world over the past 20-plus years, the long-time sacrifices and contributions made by China’s independent civil opposition and countervailing forces, and the growth and rise of civil society, the prospect of China’s peaceful transformation into a modern democratic and constitutional country seems to be shimmering in the not-too-far distance.

However, what we need to be vigilant about is that China’s 1.3 billion people are facing immense and unprecedented conflicts, in a time of changing circumstances and when the negative consequences of globalization continue to occur. On the one hand, China is the largest remaining communist totalitarian “dynasty” in the world; on the other hand, it is the most dynamic and the largest territory on the map of globalized capitalism, and seems to have already become another “dollar empire.”  As an individual writer, observer, and thinker, when I face this huge contradiction, this "two-headed monster" of the evils of both totalitarian and capitalism, I sometimes, inevitably, feel powerless and helpless. The reactionary forces made up of Chinese power-capitalism and international oligarchic capitalism that worship profits, money, and power, may still dangerously suffocate the future hope of the world, including China. The appropriation and enslavement that know no bounds and are the products of the collusion between red capitalists and oligarchic capitalists can happen in any corner where humans exist. Therefore, the resistance against the persecution and restriction that target a human’s breathing and thinking freely is the unavoidable literary and intellectual mission of a poet.

I will continue to follow the mission’s call and dispatch. On my spiritual horizon, which is also my life in a long-range view, these words continue to show their dazzling brilliance: concern for the moment, the universal, and the ultimate.

The low fire continues to flicker, and the lava keeps flowing. 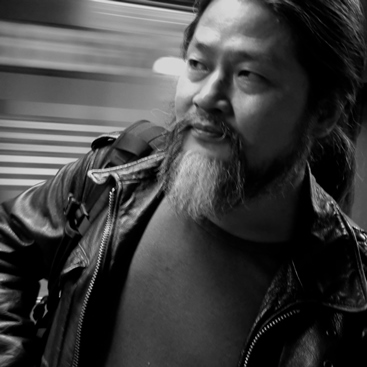 Meng Lang (孟浪), pen name of Meng Junliang (孟俊良) , is a poet and co-founder of PEN International Independent Chinese Centre. He was born in Shanghai in 1961.

Meng Lang recites his poem, “the Wound of the Number, the Pain of the Number,” during a rally on June 3, 2009, where poets and musicians in Hong Kong commemorated the victims of the June Fourth crackdown on its 20th anniversary.